After graduating college, I started working fulltime at Amazon. I went from sprinting from class to class to staying indoors (professionally) for 8+ hours a day. I was forced to spend most of my day in front of a computer, sitting (or standing, thanks to my stand up desk) while I worked.

Okay, okay, I'm sure you're wondering why I bring up my change in daily life. I'll cut to the chase. My extended periods indoors in front of a computer practically forced me to develop my taste in music, and eventually good sound.

With this migration into the arena of "good sound", I began my journey down the corridors of the audiophiling cabinet (see what I did there?). I bought my first pair of speakers ever, the NHT Absolute Tower speakers . A few months later, I started thinking about where I was listening to music most, as my NHT's are great, but I can't exactly set them up at work.

With this came my foray into headphones, and after a few hours of reasearch, I bought the PSB M4U 1's, primarily due to this excellent Wirecutter article. Now, these headphones (at least at the time of this writing) are $300, so not cheap by any measure. However, after about a week of constant use, I noticed a few... particulars that I will detail in a minute.

Because of these particulars, I started looking at alternative headphones. I eventually worked my way to the B&W P7s. Now at $400, these are hardly the cheaper option, but they were especially usefull as my local Apple store had a pair on display, so I was able to do a quick comparison before purchasing a pair for futher testing.

Okay, let's get to the meat of the review. I'm going to go over the differeneces in comfort, build quality, sound quality, and ammenities, and how they applied to me.

Right off the bat, I'm going to dive into comfort. Comfort is a big subject for me, as my primary listening environment is 4+ hour sessions at work, so I can't be pulling the headphones off and massaging my ears every 20 minutes. 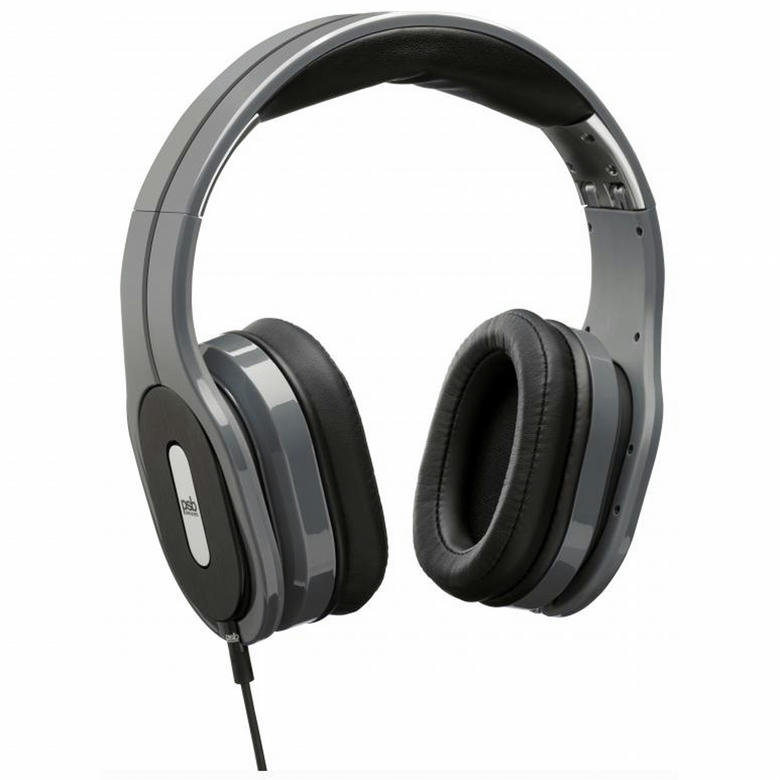 First off, the PSBs:

I know it's not the largest breadth of points, but I want to make one call out about the shallow ear pads. As a blonde elf look-alike, I have nicely pronounced ears (at least I think they are nice...) but nonetheless I have "large" ears. The PSBs are able to completely surround my ears without any problems, and the seal is fantastic, but the shallowness of their ear pads (the distance from the edge of ear pad to the driver on the headband) is problematic for my ears. This shallowness forces my ears to rub, and thus curl, just the slighted bit at the tips, which is irritating over extended listening sessions.

This shallowness is the primary reason why I began my search for alternative headphones, and thus the B&Ws:

The larger earpad volume is the main reason why I prefer the B&Ws, as I no longer feel like I'm pressing the tips of my ears against a wall every time I put them on. The PSBs have a better headband pad, and cushier ear pads, but if you have larger (or in my case, pointier) ears, you may want to look elsewhere.

In summary, the PSBs have a better headband pad, and cushier ear pads, but if you have larger (or in my case, pointier) ears, you may want to look elsewhere. The B&Ws are firmer overall with their cushions, but I think that is simply the nature of using memory foam vs not using memory foam. Still, the B&Ws just fit my pointy-ass ears better.

I have to admit build quality turned out to be more of a care-point for me than I would have thought, so let's break down some differences.

Again, we'll start with the PSBs:

All in all, I was actually marginally disappointed with the PSB build quality, but really only because of the plastic exterior. Sure, they look similar to Beats, but the plastic just seems a touch brittle to me, and makes me worry about snapping in extreme cases. Granted, the likelyhood of snapping is pretty much zero, so it's more of a subjective opinion, and by no means hard fact. The interior of the headband is solid, excellent metal connections and hinges, and I like the fact that I can easily yank out the headphone cord for easier folding and storage.

The B&W's have some solid build quality, with excellent drivers and top quality leather. The clamping force is certainly strong, which indicated strong metal retention. The carry case definitely leaves something to be desired, at least when compared to the soft-shell of the PSB. The foam ear pads are okay, but I like the memory foam of the PSB's (as mentioned previously). Still, I think it's a part of the stiffer foam on the B&W's that actually allow for a better fit with my extended ears, because if they compressed more I might run the risk of having my ear tips touch the drivers. 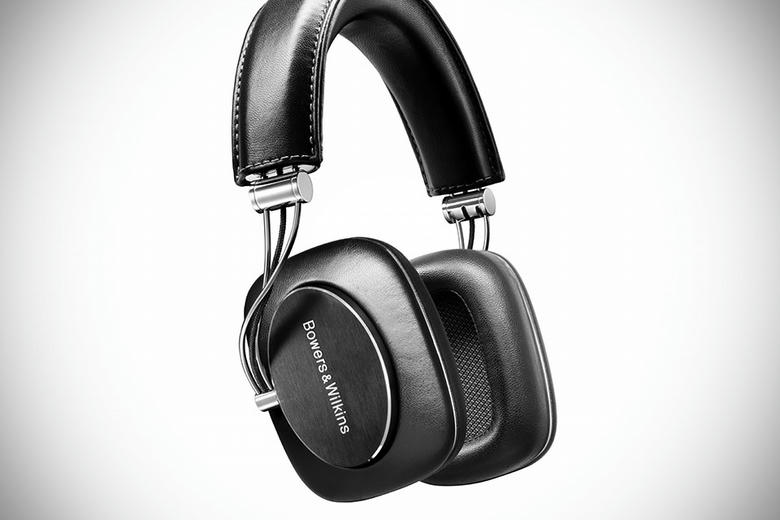 Both headphones offer excellent sound quality, so you really can't go wrong with either headphone. Still there is a $100 price difference, so let's breakdown the differences that I noticed.

The PSB's had excellent clarity, with defined treble, solid midrange, and articulate bass. These headphones lend themselves particularly well to singing/guitar-focused music, such as Johnny Cash's rendition of "Hurt". You can practically see his fingers on the strings in your mind, and his voice comes to life throughout your entire listening session. That being said, I listen to a wide variety of music, and I felt that these phones didn't tune perfectly (but still damn close) to my listening tastes for genres such as trap and dubstep, along with a few hip-hop songs. This is mostly attributed to the more neutral bass response, which some people may like, but I did not.

This leads me to the B&W's. The B&W's have a much more... dynamic sound, I feel. I noticed a clear seperation in the instruments in the music I listened too. I could easily focus on the bass track and then switch to the vocals in my mind, hearing each with precision without one over powering the other. I have to say, if you like bass, get the B&W's. They kick the ear drums off your head when compared to the PSB's, which is something I was actually looking for without realizing it. That is, until I found it in the B&W's. I very much enjoyed listening to the clear highs of The Weeknd while also bumping those sick trap beatzzz of Diplo's "Revolution". As soon as I heard the latter track on the B&W's, I just started smiling in the middle of the Apple store.

All said and done, the B&W's fit my listening tastes better. The PSB's are great, and will probably be preferred by some users, as they are more neutral in their presentation. I just preferred the B&W's dynamic sound and sweet bass response. Is it worth the $100 difference? Maybe, as it certainly was for me. Still, you can't go wrong with the PSB's, and they are pretty much the best you can get in the $300 price range.

Without a doubt, PSB takes the cake on this one. The inclusion of spare ear pads, cleaning cloth, airplane dual-prong adapter, 1/4" adapter, and secondary output through the alternate audio port makes for a sick package at $300. I do want to take the time to call out the secondary output feature I mentioned. This means that you can listen to your main audio source on your PSB's through the input on one side of the headphone, but then you can also attach a secondary set of headphones to the port on the otherside of the PSB's, allowing another person to easily listen with you. This is great for car/train/airplane trips with my girlfriend, as we can watch a movie in peace, or jam to the same tunes without effecting other people. This is something that should be present on more headphones, and something I was sad to see missing on the B&W's.

Don't get me wrong, the B&W's have a carrying case, two cords (one for iPod control, one for "normal" use), 1/4" plug, and the option to plug your cord into either side of the headphone. However, the PSB's have all of this, and more. Plus, the B&W's require the use of a proprietary, angled connector, which means you have to pay B&W everytime you want a new cord. The PSB's have no such limitation

So, after this (rather verbose) review, I ended up going with the B&W's, but that is mostly because my ears couldn't handle the PSB's form factor and I liked the bass response on the B&W's more. The PSB's have better amentiies, a better price, and better foam materials, but they just didn't fit me properly. If they fit you, great, buy them and enjoy them.

If you like possibly better audio quality, especially with respect to bass, and have large, protruding ears, I have to recommend the B&W's instead.